Hugh Howey, self-publishing mogul and influencer will join the Sell More Books Show as a guest host for an upcoming episode to offer commentary and opinions on the issues and news related to the publishing industry. Howey is the author of the runaway fiction hit Wool which he chose to self-publish, thus putting him into the limelight of the indie-publishing movement. Howey is also the source behind Author Earnings, a data report that is exploring the behind the scenes data of indie-publishing. 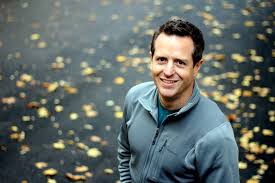 To read more about Hugh you can find several sources online. Here’s some great information from a Slate article…

When bookstore employee and indie author Hugh Howey published his short story “Wool” as a 99-cent e-book on Amazon in July of 2011, he wasn’t banking on the story transforming his career. He didn’t even post a link to the story on his own website. But “Wool,” about a post-apocalyptic future in which society has been forced to live underground in a vast silo, quickly became the most popular thing he had ever written. By the end of October, the story had made it on the Kindle sci-fi best-seller list. Howey started to get emails from readers asking him for the rest of the story. There was no rest of the story, so Howey decided to write it.

By January 2012, Howey had self-published five serial stories about that underground silo and collected all five into an ebook, the Wool Omnibus. Even as the Omnibus landed on the New York Times best-seller list in the summer of 2012 , Howey kept churning out prequels. And by the end of 2012, Howey had negotiated sweetheart deals with major publishing houses to release print editions of Wool worldwide and had even optioned the film rights to Ridley Scott. Simon and Schuster releases Wool, a print edition of the Wool Omnibus, this month.

Howey’s self-publishing Cinderella story is so compelling that it often becomes the media story about Wool. But way more fascinating than that is the way the world of Wool reflects our own world—and how Howey’s interactions with readers are overturning the traditional relationship between an author, his creations, and his audience.